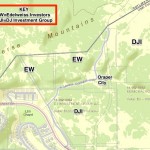 Let’s take a look at what we can expect going forward regarding future development in SunCrest. With DR Horton completing their development in Stoneleigh Heights and continuing their build out in Tall Woods and Mercer Hollow, let’s look ahead to 2015!

Located north and east of the existing Stoneleigh Heights townhomes, this appears to be the next addition to SunCrest. Edelweiss was recently granted a zoning change to allow their proposed development of 181 townhomes, cottages and single-family estate on 61 acres. Access to this parcel is through Stoneleigh Heights Drive, Haddington Drive and an emergency access off Deer Park Lane.

Located east of the Edelweiss development and Stoneleigh Heights III, it’s believed that this development is seeking about 300-350 homes on approximately 135 acres. This development will likely connect to Edelweiss, as well as a new road from SunCrest Drive.

Known as the “shoe box” property, this 83-acre development has recently been discussed to include residential homes and possibly a storage facility and/or a charter school. Recent tractors and machinery in the area suggest geotechnical studies and soil analysis may have begun.

The 20-acre parcel located near Maple Hollow has been an eyesore for many and commonly referred to as the “concrete jungle.” This parcel, when developed, is likely to include higher density units. Draper City declared this and an additional 100-acre parcel near Highland as surplus earlier this year. Declaring property as surplus is the city’s formal declaration of their intent to sell. Requests for proposals were sent out by the city but at this time, it’s still owned by the city

Originally planned for 30-40 custom homes, it’s unlikely this area will remain undeveloped; much of the infrastructure is already in place. This area does, however, present a challenge to future developers due to only having a single access point in the event of an emergency.

Our Take: With the real estate market stabilizing, fewer distressed properties, attractive interest rates, and high demand for new construction, we expect 2015 to a busy year for new construction in SunCrest. If you love SunCrest and are thinking about building your dream home, now is a great time to prepare to get the pick of the litter in new lots.
Related Articles
SunCrest Development Mountain Ridge Estates – SunCrest Shoebox – 3/5 Proposal Follow along:  Newsletter | Facebook | Instagram  Mountain Ridge Estates – SunCrest Shoebox The Draper City Council will hold a public hearing March 5th at 7PM on a revised plan for the ~84 acres known as Mountain Ridge Estates aka “SunCrest Shoebox” parcel located east of Tallwoods and west of Eagle Crest subdivisions in SunCrest. This will be a public hearing. […]
SunCrest Development Hamlet Homes – Now Selling in SunCrest Follow along:  Newsletter | Facebook | Instagram  Hamlet Homes is making its return to the SunCrest! Located off of Traverse Ridge Road and SunCrest Drive, Hamlet Homes recently purchased lots in the Edelweiss subdivision from Lennar Homes (formerly Candlelight). According to Hamlet Homes, they will be offering 6 different floorpans with pricing starting at $494,900. Interested? Below is a community […]
SunCrest Development Sequoias Development (aka Blue Bison) – Draper City Planning Commission Sequoias Development (aka Blue Bison) Update: This item was pulled from the Planning Commission agenda and was not presented August 23rd, 2018. Draper City Planning Commission is looking at the first proposal and concept plan on 110 acres of SunCrest area property commonly referred to as the Blue Bison development. Going forward as the “Sequoias […]