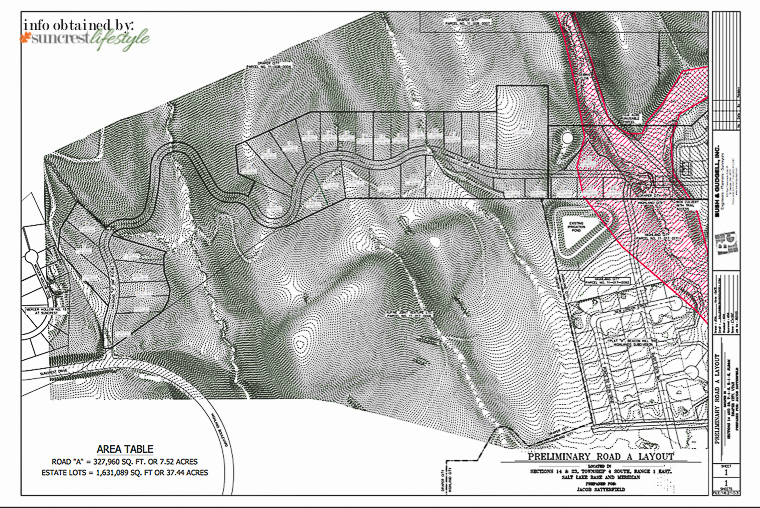 After approving a 7.3 million dollar offer from Blue Bison Development on 110 acres of SunCrest area property that was declared surplus (surplus= the city’s way of saying “for sale”), Draper City appears to be looking to sell more SunCrest area land.

After a proposal from the developer at an October business meeting to purchase additional land from the City, Draper City will seek public comment on the matter at the December 6th City Council meeting. Below is an overview of the newly proposed surplus area.

The proposed parcel, along with the 110 acres currently under contract are in the same proximity as the 20-acre parcel known as Mercer Mountain Estaes that was used to facilitate a settlement agreement between a private developer and Draper City.  It’s possible each neighboring development could provide secondary access to each other.

Residents are encouraged to participate by attending the Draper City council on December 6th or by emailing assistant city manager Russell Fox (russell.fox@draper.ut.us)

Related Articles
SunCrest Community Paradise in SunCrest What a party! Nearly 400 plates of food served up Justin Manikowski, amazing steel drum beats by @steelworks_steelband, awesome hula and fire dancing, and countless smiles created by the exotic birds, dunk tank, and the always entertaining inflatables. Thank you SunCrest Owners Association for the amazing event and letting us participate in such a great […]
SunCrest Development Lakeview Heights (Trailside Townhomes) Development John Wheatley, representing IKON Development, is requesting for approval of a Site Plan and Plat Amendment to develop the vacant property with 152 townhomes. The hearing will be held July 28, 2022 at 6:30 PM 1020 E. Pioneer Rd. Draper, UT 84020. Agenda link here. From Draper City: This application is a request for approval […]
SunCrest Story Barrett Family SunCrest Story Say hello to George and Shae. Their #suncreststory started with a complete SunCrest home renovation. Now, you can catch them spending their free time working on their race car, exploring our trails and off leash dog park, and stretching out in a “neighborhood from the 80’s” where kids are safe to run around and play.